Browsing Shore Conference golf results over the past two years, one Christian Brothers Academy player regularly shows up at the top of all of them.

Ethan Lee ’22 has been a force on the links in the Shore – and New Jersey – over the past two years, which made his college decision a bit easier for him.

“I definitely knew I wanted to play golf in college,” Lee said. “I emailed with a bunch of schools, but I had a swing coach who is the head coach at Monmouth [University] and it all just worked out.”

Lee will achieve his goal of playing Division I golf next year in Long Branch for the Hawks, but it was the entirety of Monmouth’s offerings that was enticing to him.

“I think it is going to be a really good fit because I want to study business in college. My friend actually enrolled in their five-year master’s program there, and I thought that would be really good for me to go there and get my master’s degree.”

Lee is motivated to enroll in the five-year business program because he has always had an interest in money management, looking to help both himself and others get set up for the future.

For some, a business or finance course load in college can sound daunting. Lee is confident that he has been prepared to take on the school work and balance it with playing a Division I sport at the same time.

“At CBA, it seems like teachers always plan tests on the same day. I feel like this has really prepared me because I couldn’t wait until the last minute. I would study weeks in advance so it is not a crunch at one time. That really helped me change as a student.”

From what he has heard about college course structures, he knows that CBA’s academic offerings have soundly prepared him for college. He points outs how many teachers at the Academy give out a course syllabus, which can help students plan out their schedules with sports, activities, and family life. 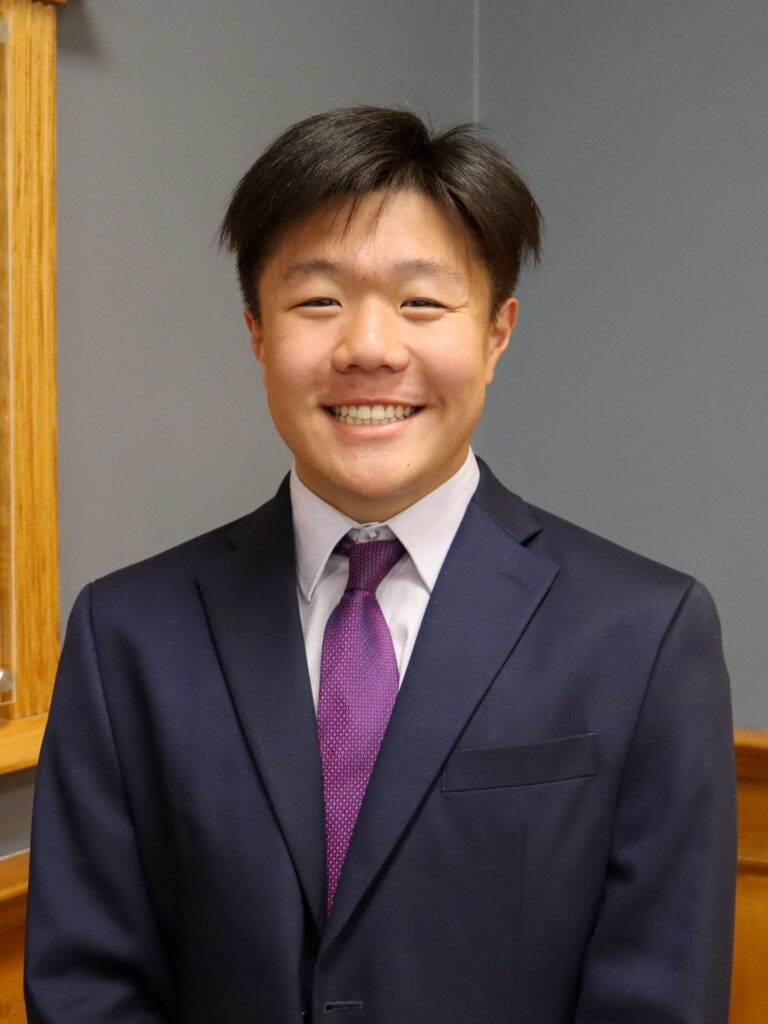 With his interest in pursuing a business degree, it is no surprise he has thoroughly enjoyed his senior honors economics class with Mr. Santos, which he now laughs about since he had an inauspicious start to the year.

“Mr. Santos is a great teacher and he really changed me as a student. I was honestly going to drop out of the class because I thought it was too tough, but after preserving through it, I really enjoyed it and learned a lot.”

Of course, he doesn’t look back on his time at the Academy without mentioning the varsity golf program, which as played such a big role in his CBA experience.

In 2021, Lee was both the Monmouth County and Shore Conference individual champion, helping his team win both overall championships. At the state tournament a few weeks later, he finished third overall and the Colts captured the Non-Public A State Championship for the fourth consecutive season.

While he didn’t win the individual state title, it was still a special moment for Lee.

“I went into a playoff for the state final, and even though I lost the playoff, it felt amazing seeing so many people watching me. Of course, my CBA brothers coming out and congratulating me afterwards.”

That is what has made his time at CBA so special, the brotherhood and camaraderie that comes with it. Whether it is on the golf course, in the classroom, or walking through the hallways, Lee has recognized the special connection that students at the Academy have with each other.

“We’re all academically challenged, and that brings us together first. I met my best friend during freshman year when we were both struggling with a class. We would stay after school and study together. After that, we just continue to form great relationships.”

Aside from golf, he has been a member of the Engineering Club, which he believes was a nice addition to his weekly school offerings. He has also taken part in the famous Ping Pong Club, something that certainly helped him meet new people during his freshmen year.

Overall, Lee has embraced the positive feeling that comes with being a student at CBA.

“The Brothers and teachers are extra friendly. When I walk into school, I feel welcomed and I am able to say hello to everyone. It is a great family as a whole.”

With only weeks to go before Lee crosses the stage at his CBA graduation, he looks back fondly on his growth as a young man during his four years in Lincroft.

“For me, I feel like I changed as a person. I learned how I am with other people and I am going to perform better every day of my life.”