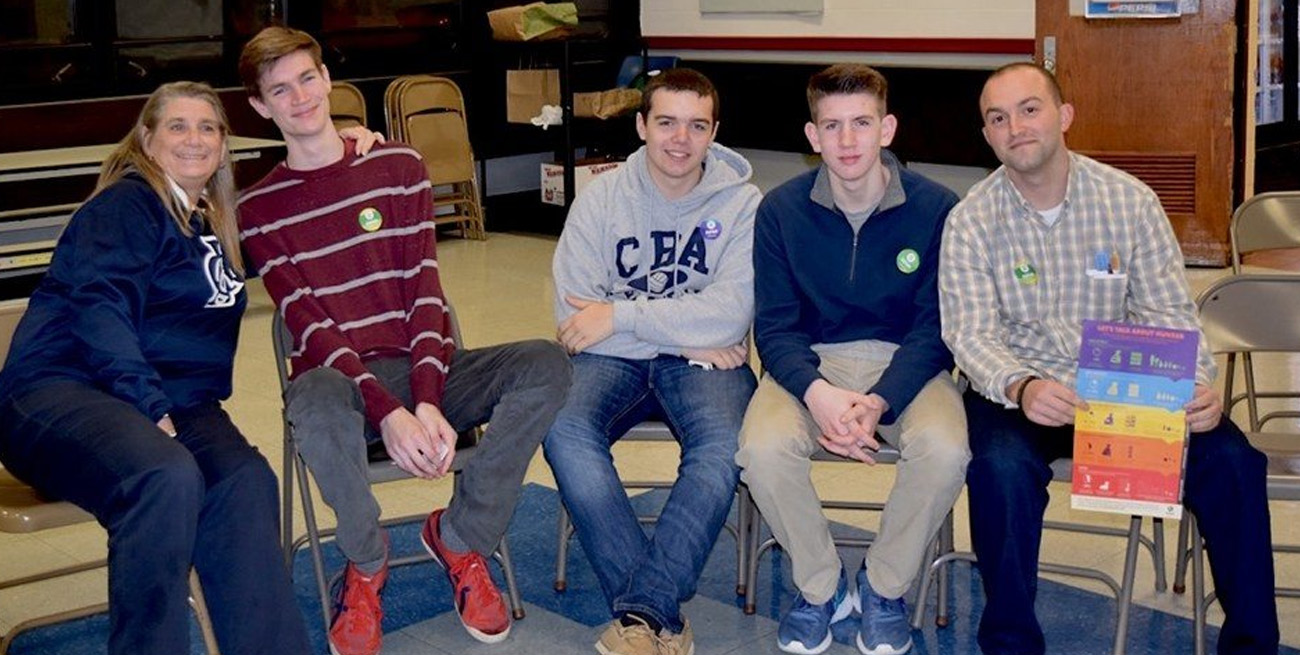 The 60 students, faculty, parents and guests in attendance were randomly selected to dine on different types and amounts of food in order to illustrate disparity in food security throughout the world. Those lucky enough to represent more affluent people had a lovely three-course dinner while those representing areas of the world struggling with food insecurity were only able to consume rice and water.

After the dinner and a reflection on the vast problem of hunger throughout the world, guests enjoyed a presentation by former NFL player Clark Gaines. Mr. Gaines shared his experiences as one of the founders of Native Vision. He described how the plans for Native Vision began on a plane ride and were scribbled on napkins. Those ideas in partnership with the Johns Hopkins Center for Native American Health and the NFL players association became a reality in 1996.

Native Vision is an organization that works to bring hope and empower Native American children through after school and summer programs. Mr.Gaines called on the CBA students to put their ideas into action and make a difference in the world.