It has been a taxing year for all ICU healthcare workers, all of whom are heroes amid this pandemic.

“Working as an ICU doctor during the pandemic has been challenging,” Morizio said. “At times, we have seen a surge of patients coming into the ICU, stretching our resources thin. Some patients spend a long time on life support, and at that point, most don’t survive. It’s been tough to watch.”

Morizio has been the medical director at Palmetto’s ICU since 2008, but picked up an exciting hobby as a stand-up comic along the way. He began to perform at Miami-area comedy clubs on the weekends, and more recently, was a member of a weekly show at a local club.

However when the pandemic hit, his break from the hospital grind was no more: shows were canceled and clubs were shuttered.

At the same time, he needed an escape more than ever. Enter Cooking with Al on Instagram Live.

“I still wanted to entertain and I still wanted to be connected to people,” Morizio said. “So on a whim, I just turned on the camera one night and everyone started watching the cooking show.”

The first episode of Cooking With Al debuted on April 22nd with the featured entrée being fileted fish. Soon enough, the viewers grew and Morizio began to record multiple episodes per week.

“I was absolutely surprised at the reaction it got. People started to tell me that it makes them feel better to watch something so positive. I said well, if they keep watching, I’ll keep cooking.”

Morizio’s show picked up so much traction that the Miami-area FOX affiliate did a story on him. With December 8th’s show that featured a hearty pasta dish with sausage, he has posted over 80 Cooking With Al videos on Instagram. Morizio regularly nets upwards of 800 viewers each episode, which now goes live each Tuesday at 8 p.m.

His personal drive and confidence is obvious when watching his show, the foundation of which was developed at the Academy.

“CBA was truly a life-changing experience for me,” Morizio said. “What was most paramount for me was continuing to grow my faith during that time [at CBA]. I realized how important faith is in my life. The purpose of the show is to combine family and faith, and to celebrate those gifts through food and a glass of wine.”

And like so many alumni, Morizio’s CBA connections have stood the test of time, so much so that he has even had fellow Colts as guests on Cooking With Al.

“I met incredible people, teachers and friends that I’m still very close with until today. I always appreciated and enjoyed CBA. It gave me the educational foundation and incredible life tools to be successful.”

After graduating from CBA in 1993, Morizio attended Rutgers University, before enrolling in medical school at Ross University. He completed his training at Maimonides Medical Center in Brooklyn, which is where he realized the ICU was where he wanted to be.

“I graduated from an internal medicine residency program and was in love with ICU medicine from the start, so I proceeded to do a pulmonary and critical care fellowship at Maimonides for three more years,” Morizio said. 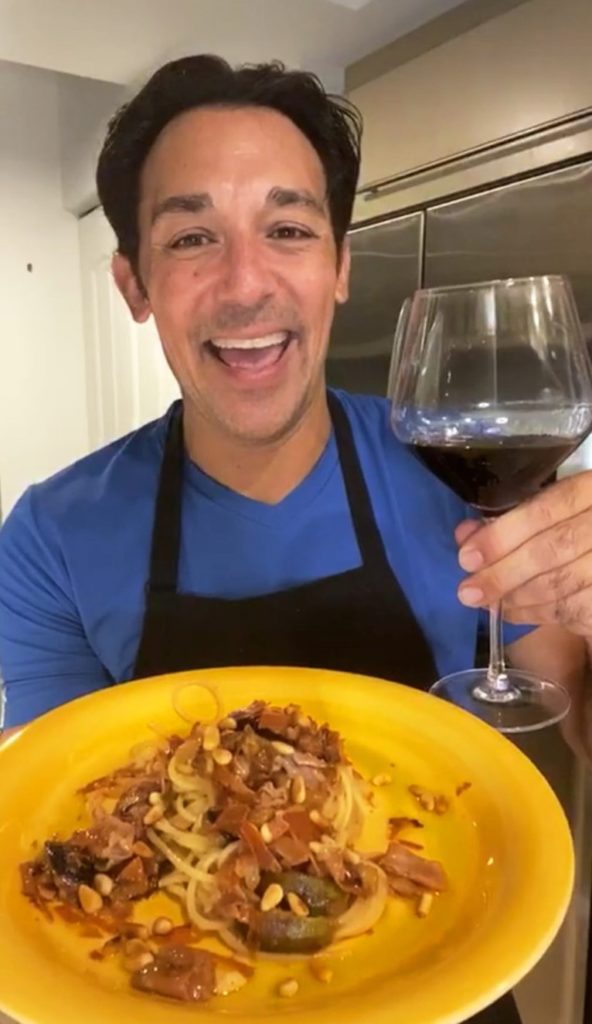 He moved south to the warm weather in 2008 to take his current role. Always the learner, Morizio was curious about the business side of medicine, so he enrolled in the University of Miami’s Executive MBA program. He now holds a MBA in Health Management and Policy.

Although he has multiple degrees and decades of practical experience, Morizio knows that the ongoing pandemic has been his biggest challenge to date. He relies on his faith, and his weekly Cooking With Al shows, to get him through the most difficult times.

“As I’ve worked through the COVID-19 pandemic, I’ve relied on my faith more than ever,” Morizio said. “I bring my faith in God when working with my patients, and to their families when I talk with them.”

You can watch a new episode of Cooking With Al on Tuesdays at 8 p.m. via @DrAlexMorizio on Instagram.