Alumni Raise Over $50K for CBA in March Madness Challenge 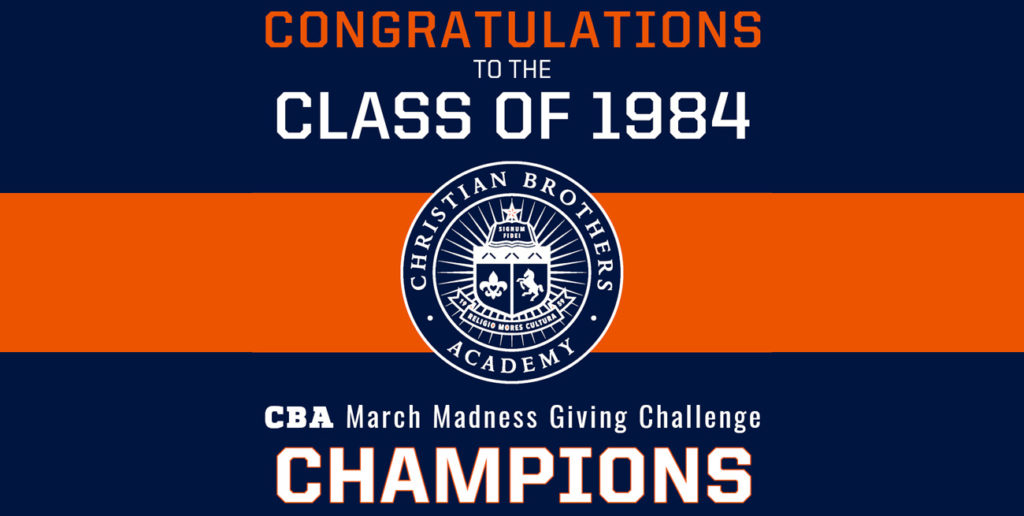 The one-day challenge features each of the school’s 58 alumni classes competing to show their school pride. In total, 380 alumni participated and raised $50,389, which is the largest amount in the six years of the challenge.

To participate, alumni amass points for their class by donating and rallying classmates to do the same. Every alum who joins the Challenge receives a point for his class total, while cumulative donation totals and participation numbers earned each year more points once they surpassed certain designated amounts.

The final four classes will be honored at an invite-only celebration in June.

Christian Brothers Academy would like to thank all the alumni who accepted the challenge in 2022! Check out the full scores here.