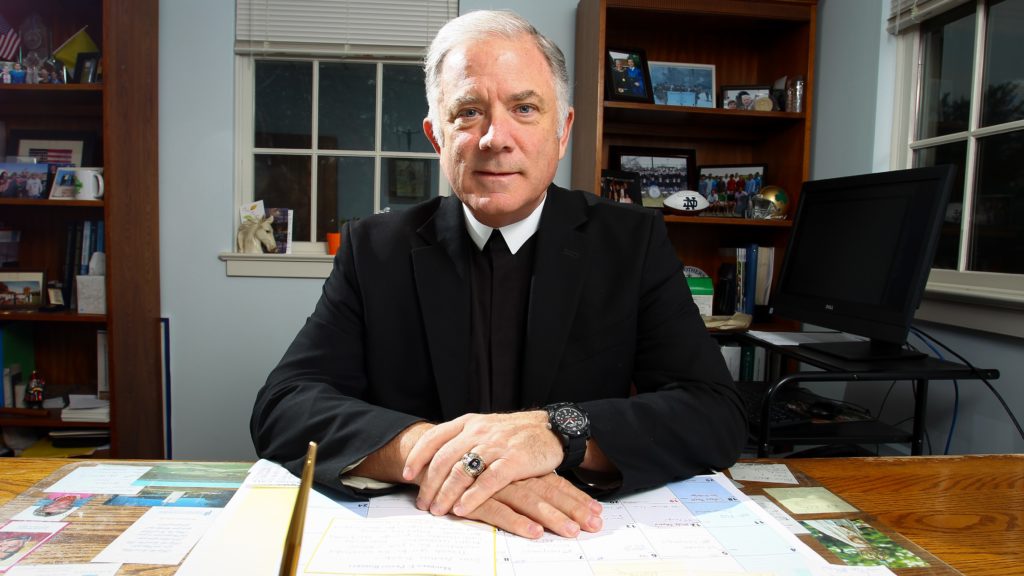 Brother Frank has served as the Academy’s president since the spring of 2009 and will depart his position later this year. His term as Auxiliary Provincial will begin on September 1, 2021. Brother Frank previously led the New York District as Provincial from 2002-2009.

“I have enjoyed my 12 years as president of CBA tremendously,” Brother Frank said. “It has been an honor to come back to my alma mater and work with a group of dedicated faculty, staff and administration. The students, parents and alumni have been supportive and I will truly miss my day-to-day interaction with the CBA community.”

During his 12 years as CBA president, Brother Frank has led an expansion of offerings across campus. He took the reins during the start of the Project 50th capital campaign, which added the Quinn Library & Media Center, new administrative and guidance office suites, multiple new classrooms and labs, and an expanded fitness center.

CBA earned the National Blue Ribbon School of Excellence for high performing schools in 2017, under the direction of Brother Frank, Principal Ross Fales and Associate Principal Sean Nunan. It was the second time in school history that CBA won this national recognition.

Brother Frank has been the main catalyst in expanding CBA’s scholarship and financial aid offerings, as well as maintaining strong enrollment numbers. The Academy now has 84 named scholarships and awards $1.9 million each year in scholarships and aid.

As a CBA alumnus, Brother Frank made alumni participation one of his priorities, holding alumni events across the country, networking nights in Monmouth County and New York City, and five-year reunions at every end-of-year Family BBQ.

A second capital campaign under Brother Frank’s leadership, Forever CBA: Securing Our Mission, was publicly launched in 2019 and has raised $10.8 million towards its $12 million goal. This campaign will build a new Round Barn athletic facility, a Soccer & Lacrosse turf complex, the Sheehan Track & Field complex, and add or expand multiple buildings for academics and extracurricular activities. Forever CBA will also add millions to the school’s endowment, which will help the Academy offer more scholarships and aid to students and support programs across campus.

Brother Frank joins the DENA administration as they prepare to welcome a new Provincial this summer, Brother Robert Schaefer, FSC. Both appointments have been approved in Rome by the Superior General of the Brothers, Brother Robert Schieler, FSC.

Current DENA Provincial Brother Dennis Lee, FSC has appointed Brother Thomas Gerrow, FSC to succeed Brother Frank as president of CBA, beginning with the 2021-2022 academic year. Brother Thomas, the former president at both La Salle Academy (R.I.) and St. John’s College High School (D.C.), has been appointed with the CBA Board of Trustees in accord.