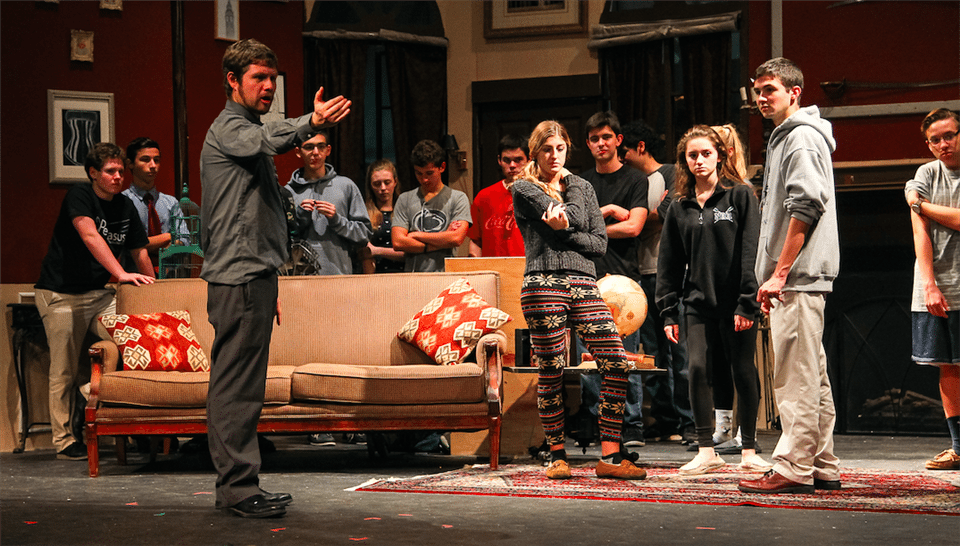 Stepping through the threshold of Henderson Theater, it becomes quite apparent that a Pegasus production is a truly special event. From those in charge of hospitality to the spectacular set designs that change in record time between acts, each show is the end result of a meticulously-designed and poignantly-planned undertaking, one that started months in advance.

The best part lies in the underlying fact that it’s all student-run. As Mr. Marcos Orozco, Director of Pegasus Production Company, aptly puts it “If you want to rekindle your faith in today’s youth, look at what you see on stage tonight. ALL of it has come from them and is a result of their hard work and effort.”

There was certainly no detail left to chance as brilliant performances, seamless transitions and perfectly-timed wit and witticism abound throughout.

[Not pictured] Mrs. McGlynn – Grace Molloy (Trinity Hall ’17)
The awards season is not until later this academic year, but you can be sure “Sherlock” will be in contention for top honors. With a fall production history that includes epic performances like “The Nerd” (2014), “You Can’t Take It With You” (2013), “Drop Dead!: A Farce” (2012), Pegasus Production Company concludes its 29th year of production.
Congratulations to all the cast, crew and supporters of “Sherlock Holmes: The Case of The Jersey Lily,” and thank you for a great production!
Share
Print page