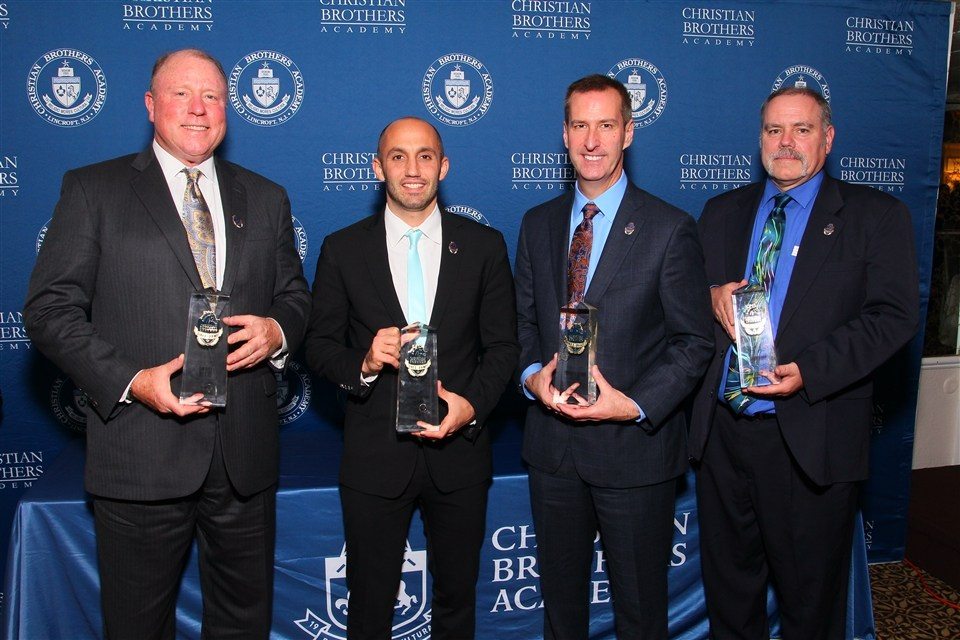 Hosted by the CBA Alumni Association, the fourth annual gala was held at Doolan’s Shore Club in Spring Lake Heights. Led by master of ceremonies Paul Molzon ’72, each inductee and both teams were introduced to the CBA community with a short video, followed by the awarding of a commemorative trophy and a thank-you speech.

Congratulations to the following for best exemplifying what it means to be a CBA Colt:

“The Hall of Fame recognizes several of our alumni and faculty for their extraordinary achievements,” President Brother Frank Byrne ’75 said. “We congratulate them for their many accomplishments, all of which have enhanced the tradition of CBA. Each inductee has played an integral part in building our proud history.”

Each inductee will be enshrined on the Hall of Fame display outside of Alumni Hall at the Academy. The Class of 2016 joins nearly 80 individuals and teams that have been previously inducted into the Hall of Fame.

About the CBA Hall of Fame:

The Christian Brothers Academy Hall of Fame honors those members of the CBA community who best exemplify what it means to be a Colt. Through their achievements at and beyond the Academy, these individuals have pushed the boundaries of what it means to be a part of the CBA community, bringing credit and distinction to their alma mater along the way.