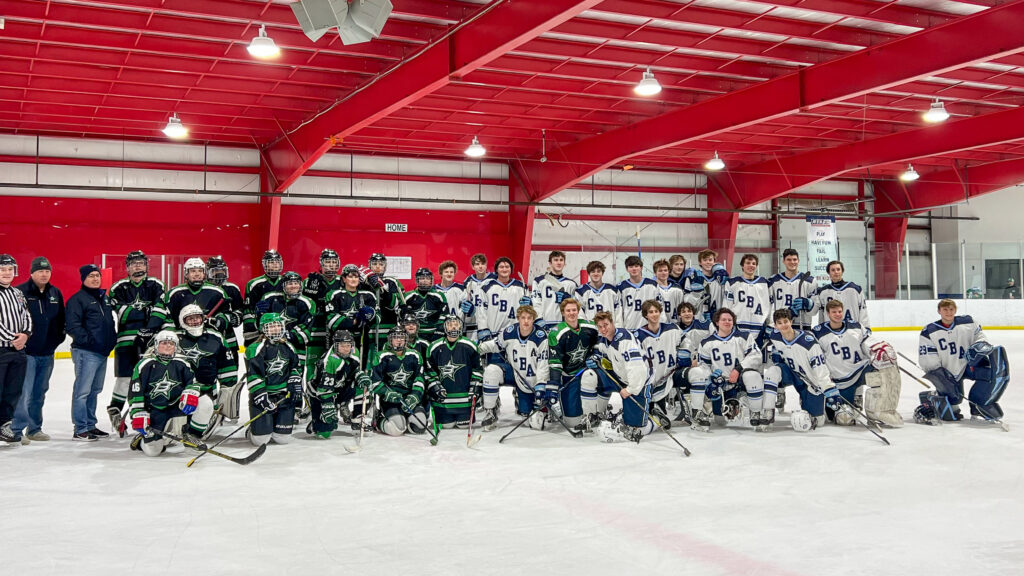 After back-to-back state championships, Christian Brothers Academy’s hockey team is in the midst of another great season on the ice. However, the Colts are still making an effort to lend a hand to the community.

CBA student-athletes skated with the Brick Stars on January 21, donating their time to make it a memorable day for this group of boys and girls. Co-founded by past CBA Hockey parent Dina Crepaldi, the Brick Stars improves the quality of life of individuals with disabilities by providing a special needs hockey program. The Stars program is designed help developmentally-challenged athletes succeed on and off the ice.

With the exception of one pandemic-canceled year, CBA Hockey has worked with the Stars for nearly five years.

“This day has become a special tradition, and definitely puts a lot into perspective for our team,” co-captain Patrick Reilly ’23 said. “Playing against these boys and girls, and seeing their constant enthusiasm just to be on the ice and play the game of hockey, is something that we want to replicate in our everyday approach. We often overlook how lucky we are to be able to play hockey at CBA and I definitely think this game inspires us to bring joy to the rink everyday. To be able to skate with them, give some pointers, and have some laughs is something that we will cherish as we head into the final stretch of the season.”

The Colts broke into two teams and played an exhibition game with the Stars, in which there was even a game-winning goal by one of the Stars as time expired.

This outreach, especially as the conference and state tournaments near, shows a true dedication to community service of the Academy’s athletic teams.

“The Brick Stars event is something the team does annually, and quite honestly, it’s our favorite event to take part in,” head coach Andy Gojdycz ’96 said. “This program has been nationally recognized and is a model that demonstrates everything that is good about hockey. This event is the highlight of our hockey season.”