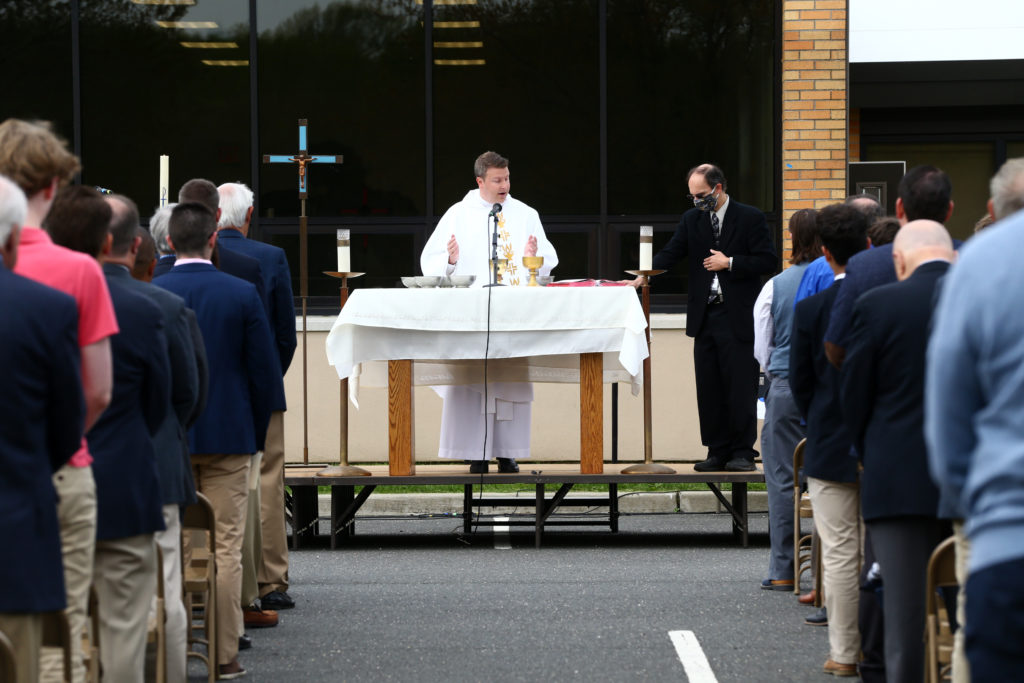 It’s a tradition that dates back to the very first year of Christian Brothers Academy: the Father-Son Communion Breakfast.

The first edition was celebrated on April 10, 1960, when 142 fathers and sons joined together at St. Mary’s Church in New Monmouth.

The 2021 version looked a touch different than usual, as the Academy hosted the 61st annual breakfast on Sunday morning in an outdoor setting. After the 2020 breakfast was canceled, the excitement to get this tradition back was palpable.

Sponsored by the CBA Fathers’ Club, the morning began with a Mass, which was celebrated by alumnus Father Chris Dayton ’06 of St. Rose Parish in Belmar.

With pandemic restrictions in place, the Fathers’ Club limited the attendance and served breakfast in a grab-and-go format, with all food options individually wrapped. The fathers and sons in attendance enjoyed their breakfast outside in their seats.

Each breakfast features a different keynote speaker, and Lieutenant Colonel Michael Loconsolo ’99 took the honors this year. A 2003 graduate of the U.S. Military Academy, Loconsolo has served as the Legislative Assistant to the 40th Chief of Staff of the Army. He has 18 years of military experience, but attributed much of his early development to his four years at CBA.

Back in 1960, the first class of students and parents chose the Communion Breakfast as one of the first events, signifying its importance to the mission and tradition of CBA. After 62 years, the community continues to rally around the event, even if it must be held in a parking lot.