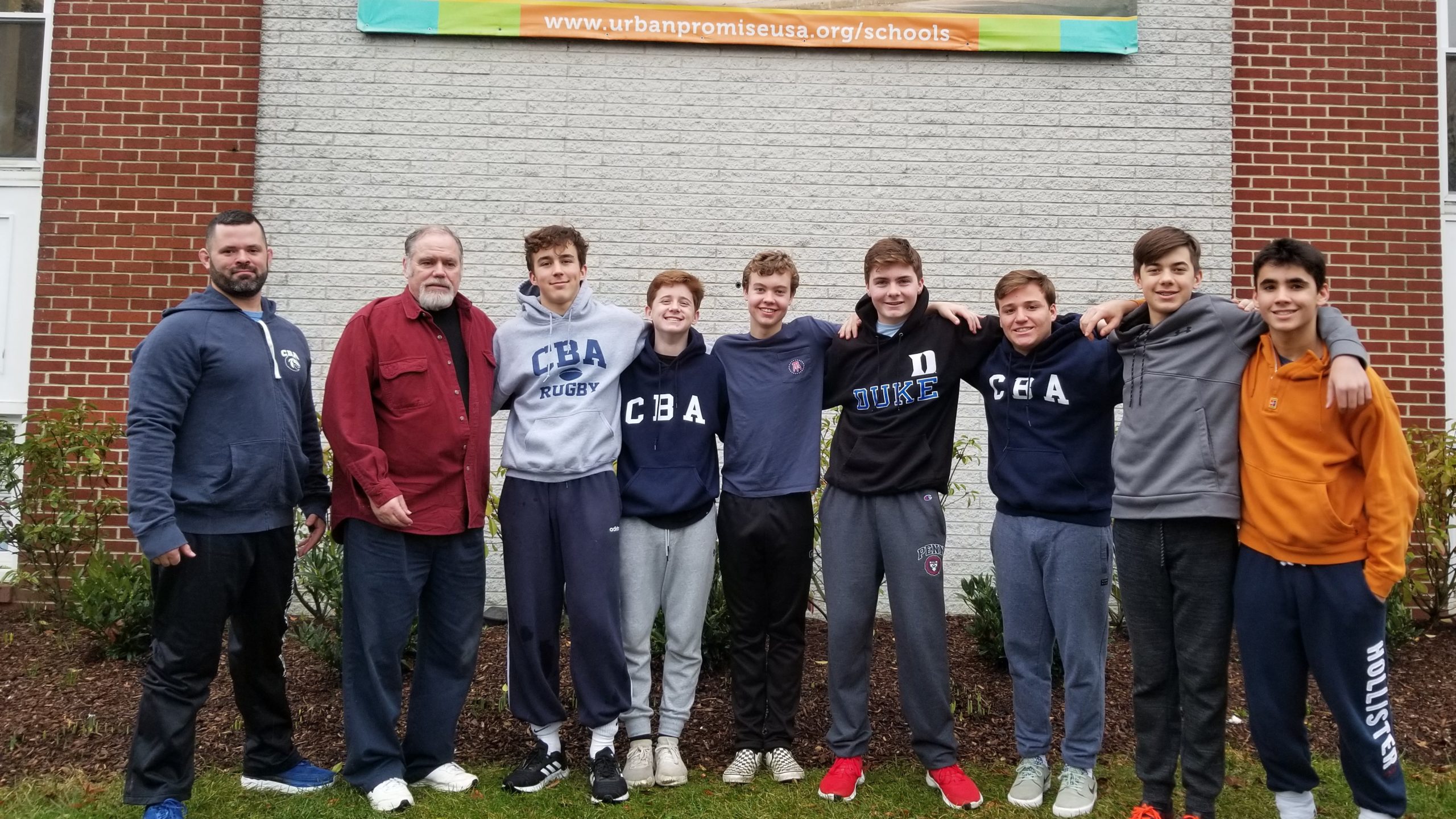 For CBA students, it is easy to take for granted how fortunate they are in their everyday lives.

They participated in four powerful activities while in the poverty-stricken city, beginning with volunteering at the Urban Promise Center. Urban Promise provides education for K-12 students who have struggled with consistent educational instruction and family support. The center is significantly understaffed, so the CBA group lent a hand to their one-man maintenance staff with projects around the center.

Later in the day, the students served dinner to the guests at the Cathedral Kitchen. Founded in 1976, the Cathedral Kitchen uses food to “nourish, train and employ” people in the Camden area. They provide culinary training to individuals who are looking for a chance to build a career. The Kitchen takes volunteers to help serve the food in order to keep costs down, allowing them to help more individuals throughout the year.

The following day, the group took part in the “Food Challenge,” which was perhaps the most eye-opening experience for the students. They were tasked with living as a family of four or five, while having only three dollars per day to spend on each person for three meals. This is consistent with many families’ living conditions in the Camden area.

“As we were checking out at the counter, the woman ahead of us was on her phone frantically speaking to someone and then we saw her put most of her groceries back,” Butler said. “Apparently, she did not have enough money to complete her order, so our family offered to pay for the remainder of her groceries. The total was $3.96. She was beyond thankful.”

While it was an exercise for the CBA students, it is very much reality to the people living in the area.

“Imagine having only three dollars a day to feed your entire family, imagine having to live in a house without furniture, imagine not having a safe place to go after school,” freshman Brennan O’Keefe said. “This trip not only opened my eyes to the type of poverty that people have to live in, but also showed me many of them are nice, normal people like us.”

The group finished their two days at the STARS adult day care center, which helps members improve their daily function, increase activity and promote better health. The CBA students provided a much-needed burst of enthusiasm during their visit, as they played games and had great conversations with the elderly there.

All in all, it was a positive, impactful experience for the CBA volunteers.

“Seeing the struggles of the men and women living there will really serve as inspiration for me to continue serving the less fortunate,” sophomore Casey Hoffman said. “I realize that I should not let the gifts I’ve been given go to waste.”

About Christian Brothers Academy:
Christian Brothers Academy (CBA) is a private, Catholic, academic preparatory school for boys located in Lincroft, New Jersey. Founded in 1959 and taught in the Lasallian tradition, CBA is dedicated to helping students become intellectually mature and morally responsible leaders for society. Through the combined efforts of the Office of Advancement and friends of the Academy, CBA awards over $1.75 million in scholarships and financial aid to current students. Experience the Academy at www.CBALincroftNJ.org.
Share
Print page