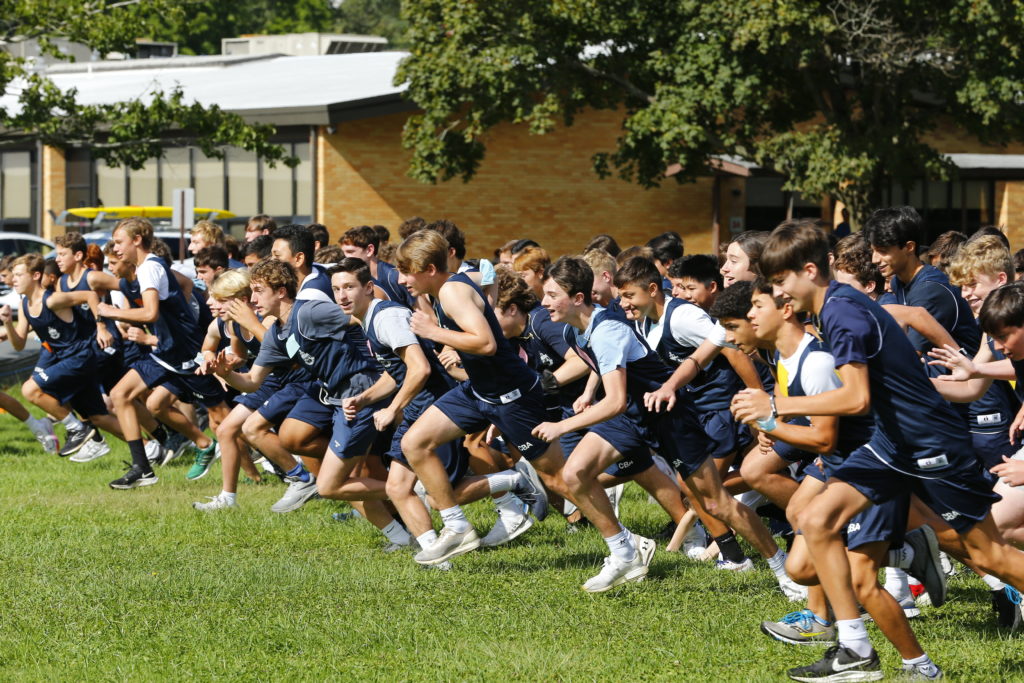 When incoming students commit to Christian Brothers Academy, they hear plenty about the tradition that surrounds the CBA community. However, it isn’t until their first few weeks of school that these freshmen experience the heralded camaraderie for the first time.

There may not be a high school tradition in the nation better than the Heath Freshman Run, which kicked off the Freshman Welcome Day activities on September 20.

Now named after CBA’s longtime cross country coach, Tom Heath ’65, the Freshman Run is a 1.3-mile race around the 157-acre campus that every freshman has run dating back to the school’s opening in 1959. The run was originally intended as a recruiting tool for the cross country team, but has become a staple of the Academy tradition.

The race was won by Alex Mastroly, who joins the 62 previous champions in CBA history. Mastroly finished the race in 6:58, followed by runner-up Joe Barrett (7:02).

A tradition that binds current students and alumni, the Freshman Run demonstrates many of the characteristics that will describe the Class of 2025’s four years at CBA: hard work, challenges, achievement, and most importantly, brotherhood.

After the Run, the freshmen took part in field day style activities, including relay races, tug-of-war, basketball, and more, which are designed to help the newest CBA student bond with their classmates.

The Class of 2025 also took its first full class photo as CBA brothers.

The entire day was a welcome sight for the youngest Colts, signaling a great four years ahead for these young men.