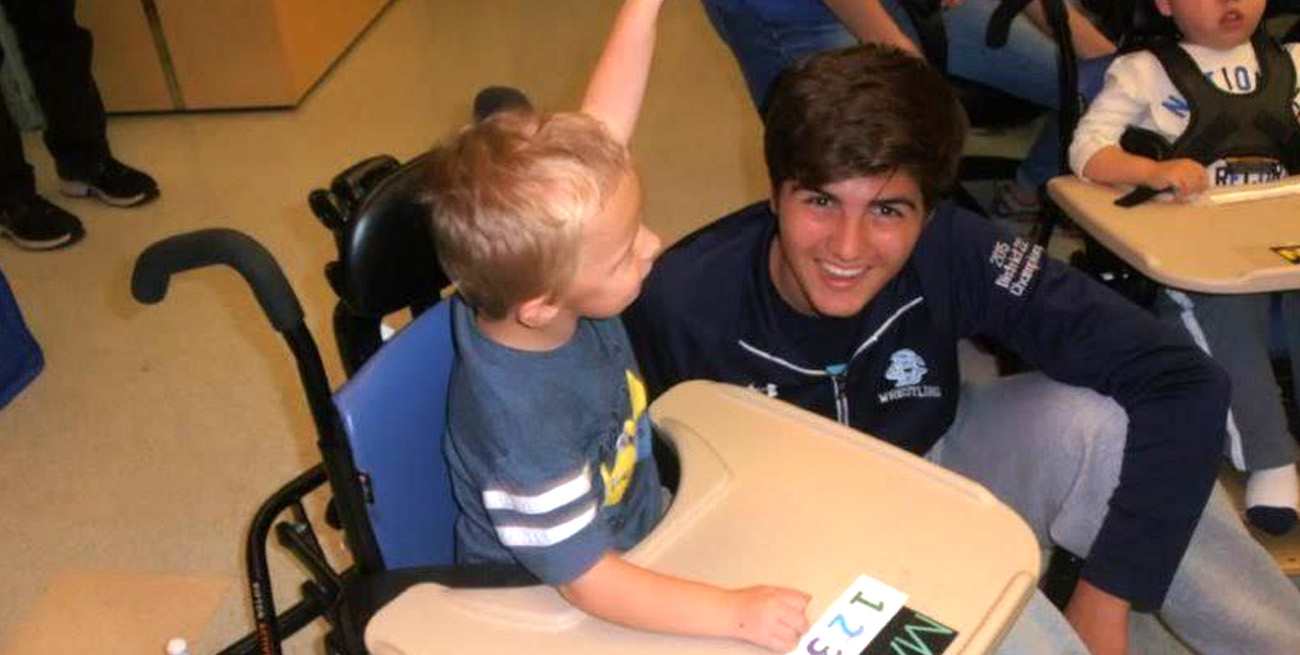 At Christian Brothers Academy, we aim to build champions not only on the athletic fields, courts or in the water, but also in our community. In recent weeks, CBA athletic teams have completed projects that aimed to help those both less fortunate and in need.

On Friday, September 25, members of the varsity swim team took part in the “1500 Meters for Mike.” The event was a one-mile open water swim that squarely rests on two pillars: advocating and raising money for those living with brain trauma.

For the past two years, “1500 Meters for Mike” has been the largest open water swim along the New Jersey shoreline.

On Sunday, October 18, the varsity fencing team participated in the annual five-mile Red Bank Crop Walk. Organized by Noah Garber ’16, the Colts fencers, along with their family and friends, raised more than $1,700 for local agencies and food pantries.

Celebrating its 35th year, the walk raises funds to support local and global partners fighting extreme poverty and hunger in communities around the world.

On Friday, October 23, the varsity crew team visited the Schroth School in Ocean Township, N.J. for a special service mission.

The Schroth School is a non-profit agency whose mission is to provide care, including educational, therapeutic, social, residential, and support services to infants, children and adults with complex physical and developmental disabilities or delays.

The team learned about the challenges these children and young adults face everyday, while giving the students a reason to smile by listening to stories and engaging in activities.

“[The Schroth] students truly inspired us, ” Chiaravolloti said. “This was a team service effort to build camaraderie among the members of our crew team, while exposing them to truly inspiring people who, in the face of many challenges, persevere.”

While Colts Athletics boasts plenty of championships, CBA athletes should be commended for more than just winning games, races and matches, as they are some of the most respectful, giving and mature young men in high school athletics today.