As soon as Robert Manse III ’22 stepped onto the Christian Brothers Academy campus, one thing was clear to him.

“I knew that serving other people is part of the culture [at CBA],” Manse said. “I saw how important it was to care for other people.”

So for anyone who knows Manse, his collegiate selection was not surprising: the United States Military Academy at West Point.

“I knew the Military Academy embodies [those qualities]. It was an opportunity that I just could not resist. Going to West Point and seeing the culture, it is very tradition based and the perfect fit for me.”

Manse’s commitment to the Military Academy has the added bonus of being a recruited athlete for the Division I track & field team. He has been a standout shotput and discus thrower for the Colts in the last two years.

In 2021, Manse won the discus event and finished second in the shotput to help CBA Track & Field win its New Jersey-record 24th outdoor state championship. But like many student-athletes who take up field events, Manse did not walk into CBA with any idea that he could be throwing at the Division I level.

“I had no clue how to throw shotput. I think I was the worst thrower [Coach Cusick] has ever had during freshmen year. He pushed me to be a great thrower and I really put my whole heart into this sport.”

While he will be throwing at the Military Academy, Manse understands that the overall experience will be a challenge unlike anything he has faced before. 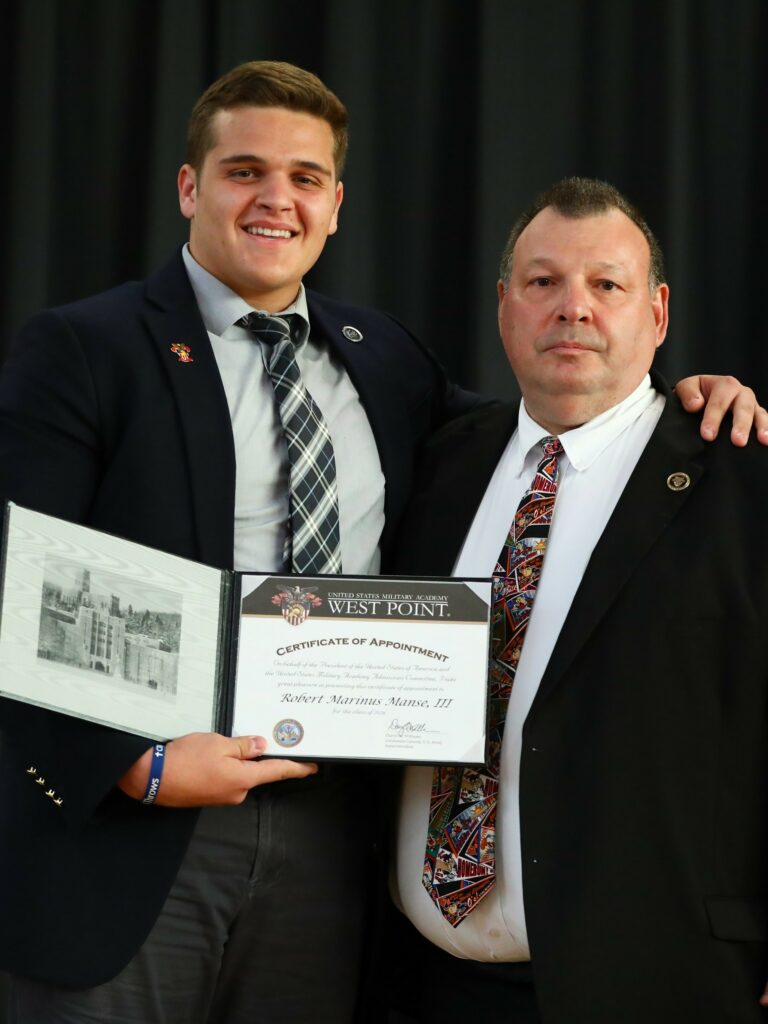 On June 27, he will be traveling up to West Point with his parents to get settled before he enters basic training. The Military Academy’s basic training lasts for six weeks, split into two parts. The first three weeks focuses on the introduction to the military aspect of the Academy, while the second half shifts gears to academics and athletics.

“Basic training is obviously something I have never experienced before. I am trying to take my coaches, teachers and parents’ advice on succeeding. Just like anything you encounter, you don’t know what to expect, but you take one thing at a time. Going into basic training, I am going to take that same approach.”

Of course, Manse will serve in the Army once he finishes his collegiate years at West Point and he has an ambitious plan for how he wants to serve. He will be studying mechanical engineering with the goal of joining the Army as a second lieutenant engineer.

“I feel like I have a purpose and my purpose is to go and serve our country. Going to West Point and talking to the admissions officers, I just knew that it was my destiny.”

Fittingly enough, he received his Certificate of Appointment to West Point at April’s Lasalle Academic Awards, allowing the student body to congratulate Manse on his achievement.

When talking to Manse, one can immediately recognize a sense of confidence, which he has attributed to his time at CBA. He admits that he was not quite ready for everything that was thrown at him during freshman year, needing to develop a work ethic that matched CBA’s college preparatory curriculum.

Soon enough, he realized that there was an endgame in mind.

“I realized the teachers just really care about you and want you to succeed later in college. The little push that they give us is going to reflect in a more successful college life. I feel like the same is going to happen at West Point.”

It did not take long for Manse to be challenged at CBA, quickly remembering his head-spinning first days in freshmen theology.

“In Mr. DiBrienza’s class, we were assigned all these papers and I wasn’t really sure why. I even had to speak with him on the side to figure out what I needed to be doing. Later on in that year, it became one of my favorite classes. That class really shined a light on what I could accomplish academically.”

Outside of the classroom, Manse will forever be thankful for the totality of the CBA experience, including the brotherhood between classmates and the opportunities presented in extracurriculars and athletics.

“You meet other people who have the same like-mindedness as you and everyone is here to help you out. Just the little things here at CBA can make a big mark in your life.”