The Christian Brothers Academy math team got creative during their preparation for the national MathWorks Math Modeling (M3) Challenge.

The group, which is preparing for the official M3 Challenge on March 1st, was tasked with creating a clip, picture, collage, or meme that represented their preparation process. And what else represents the craziness of the school year like a studious Zoom call.

Out of 2,000 schools, the CBA team was just one of five selected for outstanding creativity in this contest. The team consists of seniors Alec Almeida, Nick Geissler, Dan DeMasi, and Joseph DiSpirito, along with junior Chris Tsimbinos.

As for the official M3 Challenge, that consists of 14 hours of previously unknown problem scenarios for the team to work on.

It is a math modeling contest that will push participants to the limits of what they know about math and test their ability to work as a team and under strict time restraints. This contest gives each team the unique opportunity to work on a real problem using each of member’s individual math toolkits, as well as problem solving and critical thinking.

The CBA math team has been participating in this challenge for multiple years under the direction of mathematics teacher Mr. Matt Reagan. 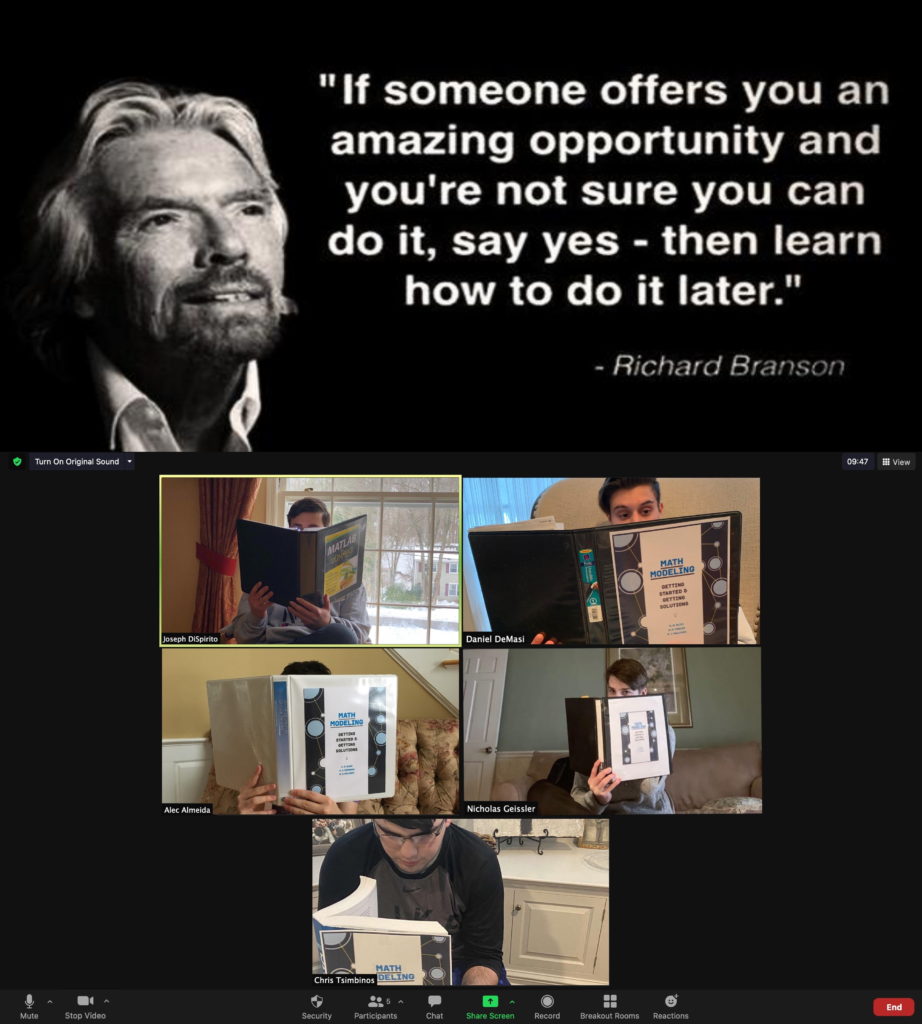