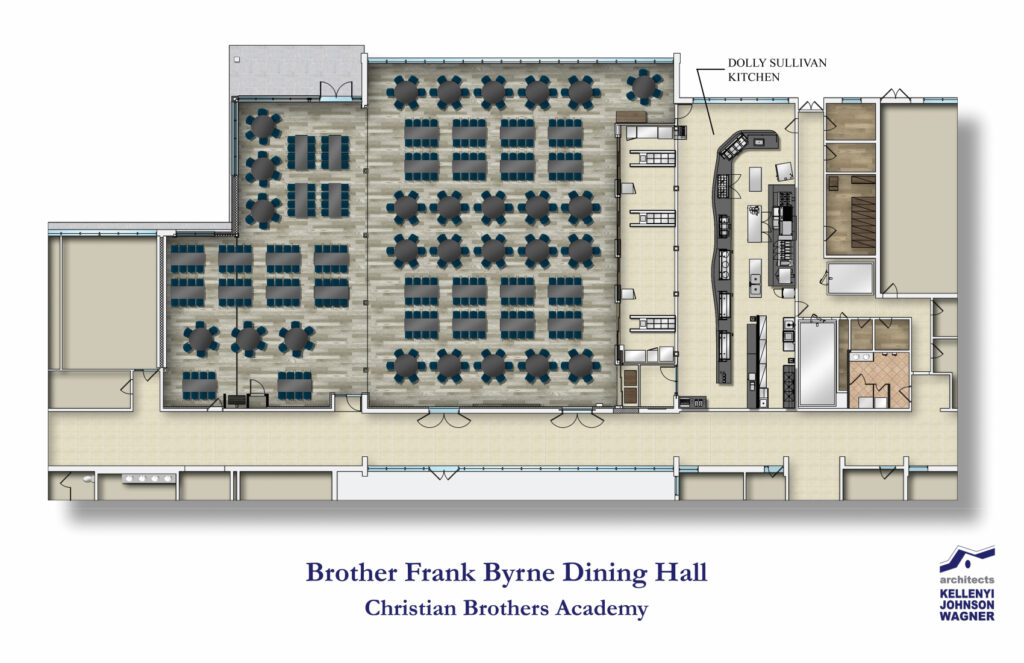 The architect schematic of the new Byrne Dining Hall and Sullivan Kitchen.

Since the announcement of the Brother Frank Byrne Dining Hall last winter, anticipation for this reimagined space has been building.

This summer, the Academy took a step towards making the new dining hall a reality, as construction commenced in late July. Shortly after, it was announced that the food preparation area will officially be known as the Dolly Sullivan Kitchen, bearing the name of the iconic woman who served CBA students from 1961 to 2018 in the cafeteria.

Now, CBA is hosting a reception on October 29 from 3-5 p.m. to support the groundbreaking project and to honor the impact of both Brother Frank and Dolly Sullivan. The Academy invites alumni, parents and friends to join in continuing the momentum of this exciting new facility.

The Byrne Dining Hall, which is named after CBA’s president from 2009-2021, will add 40 percent more space to the existing cafeteria, allowing more students to eat together at one time. The Dining Hall will feature a mix of round and rectangular tables and chairs for students to enjoy breakfast and lunch with friends.

The kitchen is being thoroughly renovated to accommodate a food court-style service. The transition between the main room and the preparation area will have multiple checkout lines to expedite the busy process for both students and staff.

The Byrne Dining Hall’s greater capacity will, in turn, help CBA adjust its daily class schedule, allowing underclassmen to enroll in courses that may have only been available to senior students. Currently, CBA runs six different lunch periods to accommodate nearly 850 students each day.

An important new hub for student life, the Byrne Dining Hall will be a place where the young men can gather for informal work groups and club meetings, and to socialize with each other over before-school breakfasts and after-school snacks. The attractive dining area will also double as a welcoming space for parent and alumni hospitality events.

When an anonymous donor made a $1 million gift last year, they stressed the impact a new dining hall can make on every member of the CBA community, which – in true Academy fashion – will certainly be true.

(Left) The exit of the food preparation area where there will be multiple checkout stations to control traffic flow.

(Right) The view of the dining hall looking towards the expanded space. 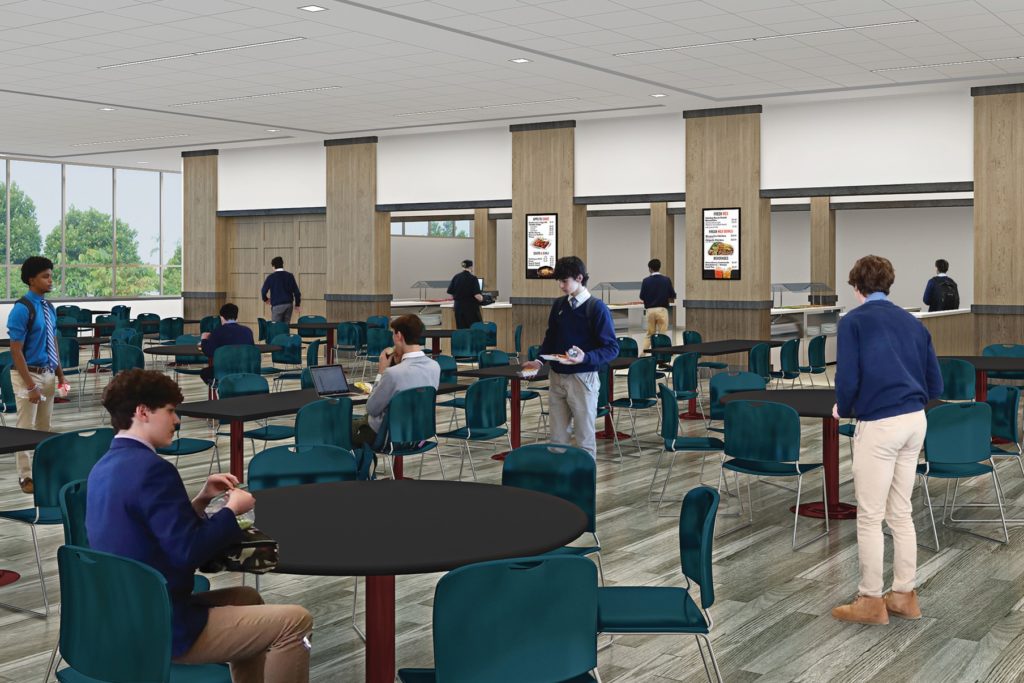 The main room of the Byrne Dining Hall looking towards the food court stations.