While spring typically calls for audiences in Henderson Theater to be dancing in their seats, Pegasus Production Company will present their spring musical in a different fashion this week.

The show focuses on the contemporary issues facing young adults in today’s social climate, with plenty of good music along the way.

“We have had a lot of fun with Louder Than Words,” said Sal Puma ’21, who is the male lead. “Instead of worrying what the playwright meant, we can just turn to our director and ask. It is a lot easier in terms of interpretation and it’s the first show I have ever done where you get to actively decide what the story is.”

The cast will indeed get to perform in front of a minimal live audience, but tickets are being sold for the audience to watch online.

The audience will be discouraged from gathering in the lobby before and after the show. In lieu of intermission and concessions, which is typically a fundraiser for the company, the students will offer the guests snacks outside as the depart the show.

The Academy purchased company masks that all actors and crew will be wearing on stage and the students have created complex schedules to get actors dressed and prepared for the show with minimal person-to-person contact. Hair and makeup is encouraged to be done at home, while minor preparations will be done on-site using masks and gloves.

The show’s four-night run will be streamed LIVE for the audience at home. You can support Pegasus by purchasing tickets for the livestream at cba.booktix.com. Show dates are March 18th, 19th, and 20th at 7 p.m., and March 21st at 2 p.m. 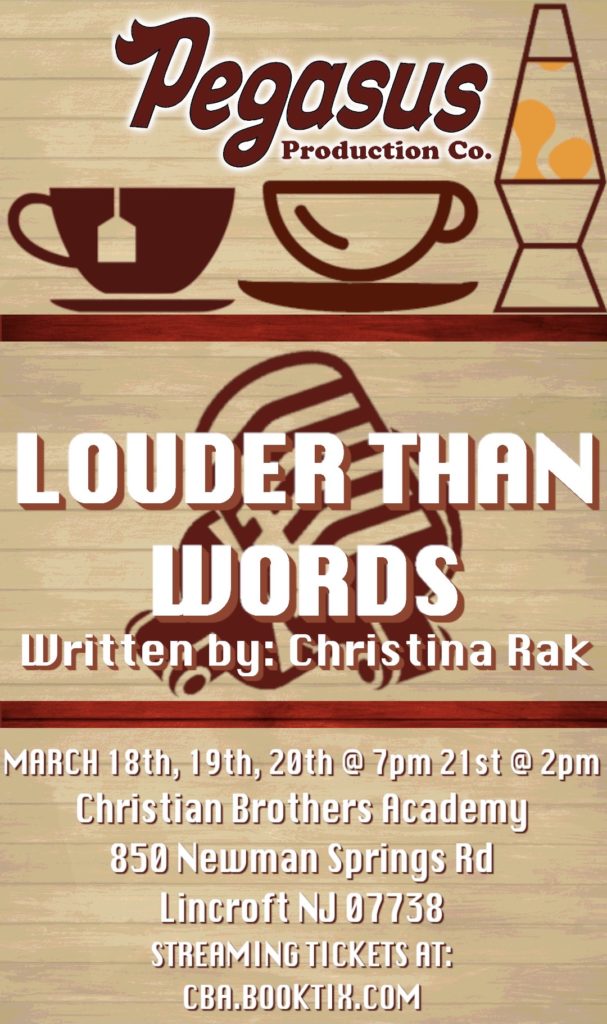