Posted at 19:47h in News by Jason Lutz
TICKETS HERE!

Concluding its 36th season, Pegasus Production Company is excited to present six shows of the coming-of-age musical 13 in Henderson Theater.

The story follows a 13-year-old Jewish boy whose life goes sideways. Evan Goldman is forced to move from New York City to Appleton, Indiana: a new home, a new school, and new people. He struggles with fitting in, dealing with his parents’ divorce, and most of all… planning his Bar Mitzvah. Join Pegasus Production Company as they journey through this transitional period with Evan, not just in the physical sense, but as he grows into a man.

13 has music and lyrics by Jason Robert Brown and is based off the book by Dan Elish and Robert Horn. 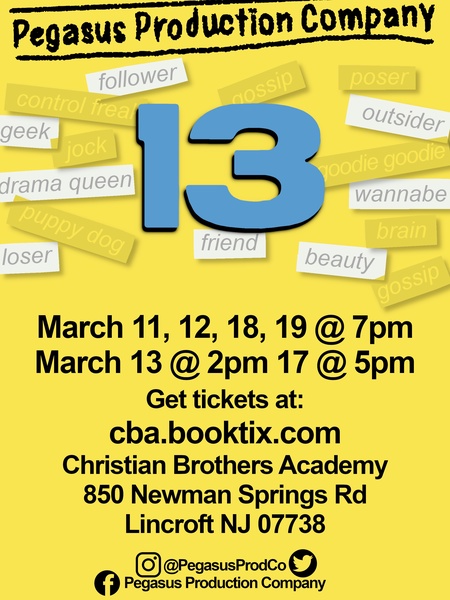