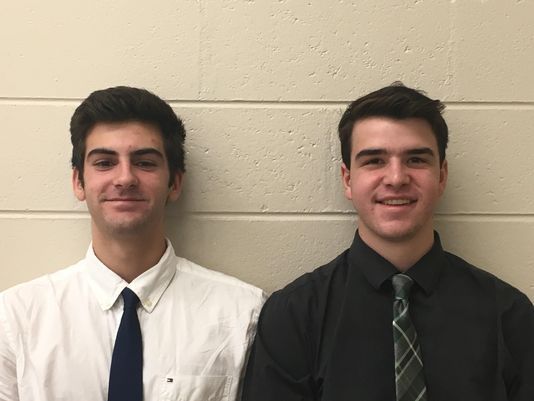 The boys submitted a short video, titled “Unify,” which addressed how our next president can work to unite a country after an election that divided many.

Franco and Reilly are members of the Creative Media class at CBA, under the direction of Mrs. Despina Manatos.

This is the 19th year that the Asbury Park Press has run the student voices contest.

About the CBA Creative Media Class:

Students learn how to use various forms of media and technology to most effectively communicate ideas, encourage positive public behavior, promote institutions and places of interest as well as sell products. Collaboration and problem solving will be main focus of class in honing a more diverse skillset for college and the workplace. In addition, students will be encouraged to explore their own ideas and personal interests.