Taking Leaps of Faith: Chris Fittipaldi ’22 on Opportunities at CBA

As Chris Fittipaldi ’22 was entering junior year, the college search process seemed pretty daunting. After all, the internet is filled with college information, from rankings to programs and everything in between.

It wasn’t until junior year began that his worries began to subside thanks to Christian Brothers Academy’s college counseling.

“You have a course that helps you in the college process that is taught by one of the counselors, and truly, all of your questions and any kind of inquiry you might have is answered,” he said. “No matter what college you are applying to, it covers every sector of what you need and what can make your application the best it could possibly be. It eased a lot of my anxiety and stress about the college admissions process.”

After diving into the search process, Fittipaldi found his best fit at St. John’s University in New York.

“It was the same feeling as when I stepped foot on the [CBA] campus for the first time. You look around and say to yourself ‘this is the type of environment I want to be in.’ It is really just a leap of faith.”

Once he arrives on the Queens-based campus, he plans to study either government or pre-law, both of which fit his learning style and strengths. Fittipaldi is excited by the potential of a law career because of the different disciplines that a lawyer could pursue.

“Growing up, I was never the math or science guy. I always the reading, reading comprehension, writing and history kid. I knew I wanted to make some sort of career out of that and my strengths came with my ability to write and public speak.”

However, he knows that a pre-law track means that there is plenty of hard academic work in his future. 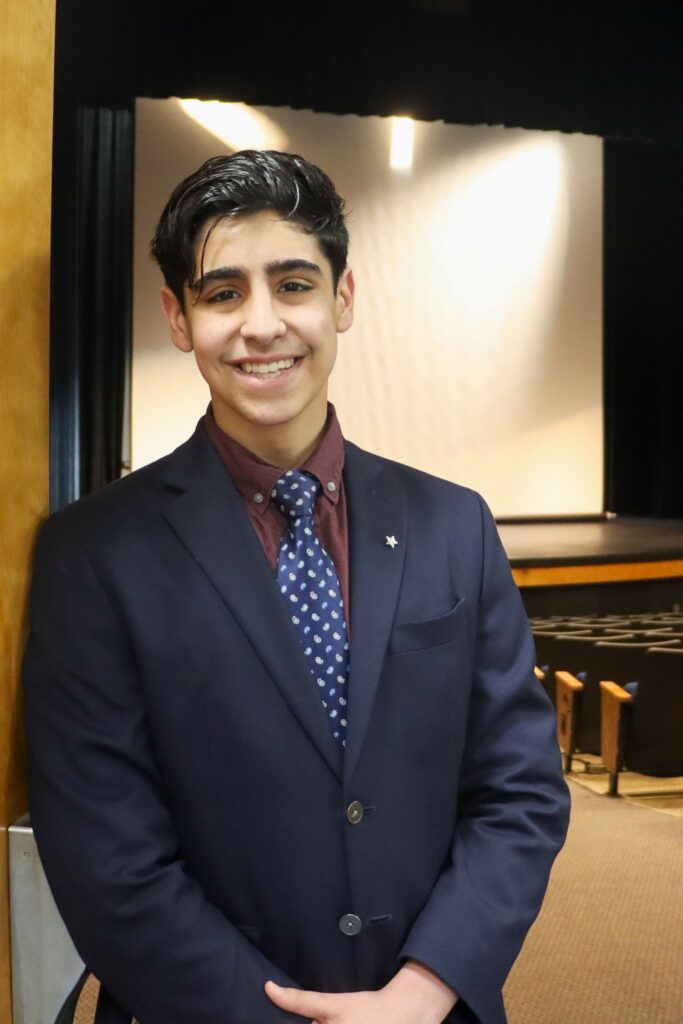 “For me, it is all about work ethic. I came to CBA with a very different work ethic, but I am leaving now with something that I feel I can take on anything with.”

During the course of his CBA career, he learned the importance of having consistency in his school work. He credits his teachers for instilling in him a sense of routine and commitment to bettering his academic effort.

While his classroom work always came first, there was another part of CBA that played a huge role in developing him into the young man he is today.

“At Pegasus Production Company, we’re taught that we are all important, but not one of us is more important than the other. That resonates with all of us and makes us work harder, not for ourselves, but for our friends. It is such a unique educational experience because it teaches you to sacrifice your time and efforts for something bigger than you can possibly imagine.”

Fittipaldi will be the first to admit that the leading on-stage role was never for him, but he certainly found his niche within the student-run theater company. After thinking he might become part of the construction team, he suddenly found himself interested in tech crew and began working in the light booth.

“The way I became comfortable with [running lights] was just kind of being thrown into the fire. You have the upperclassmen there to help you out, but at the end of the day, you have to take the initiative and be the one to hop on that light board or sound board. I think that was an important lesson to learn.”

He certainly picked up the skill to work the technical aspects of a show. By junior year, Fittipaldi was named Pegasus’ student technical director, overseeing all aspects of the company’s lights and sound.

“When I took the director’s position, I realized that no longer was I the one programming the lights or making sure the sound equipment is working, it is more about making sure people are performing effectively. My guys made it easy on me, but it was almost like taking a back seat and that was hard after two years of programming myself. As you take that backseat, you learn how to become an even better leader.”

Overall, Fittipaldi is going to take with him all the little moments of being a CBA student, whether it is in the hallways with his friends, the feeling of opening night in the theater, or the camaraderie of school assemblies.

One of those assemblies was when CBA hosted the La Salle Hakodate School from Japan during his sophomore year. He smiles when he thinks about the closing assembly of that week, when there was such a positive atmosphere in the gym.

“To see a relatively small student body create so much power and emotion, it just shows something that is a symbol of what we have here at CBA.”

When he finally receives his CBA diploma in less than two months time, Fittipaldi’s impression of the Academy experience will be one of pride and opportunity.

“You are handed resources here that you cannot get anywhere else. Once you find your niche, you open yourself up to a realm of opportunities that you can use to grow.”

And while he will be leaving the Academy, future students will be lucky enough to have similar opportunities that he did.

“My biggest piece of advice would be to try everything and see what sticks. When it does stick, take advantage of whatever they can provide you. Whatever you can get here is going to carry you through college, graduate school, and the rest of your life.”