At Christian Brothers Academy, a longtime saying has been “bring us your boys and we will return to you men.” Our faculty, administration and staff take on the good work of helping young men become morally responsible, intellectually curious, and actively engaged members of our society.

The entire Academy experience, from the classroom to the chapel to center stage to fields of competition, is focused on facilitating that development.

In our unique, all-boys environment, students can recognize a deeper level of self-discipline, determination and identity.

At the Academy, we understand and appreciate the mind of a young man – his sense of humor, strong energy and unique learning styles. Moreover, we believe that our dedicated, focused approach is critical to helping unlock a young man’s full potential.

The successful nature of our approach is evident in the consistent quality of our graduates and impressive outcomes of our alumni base. 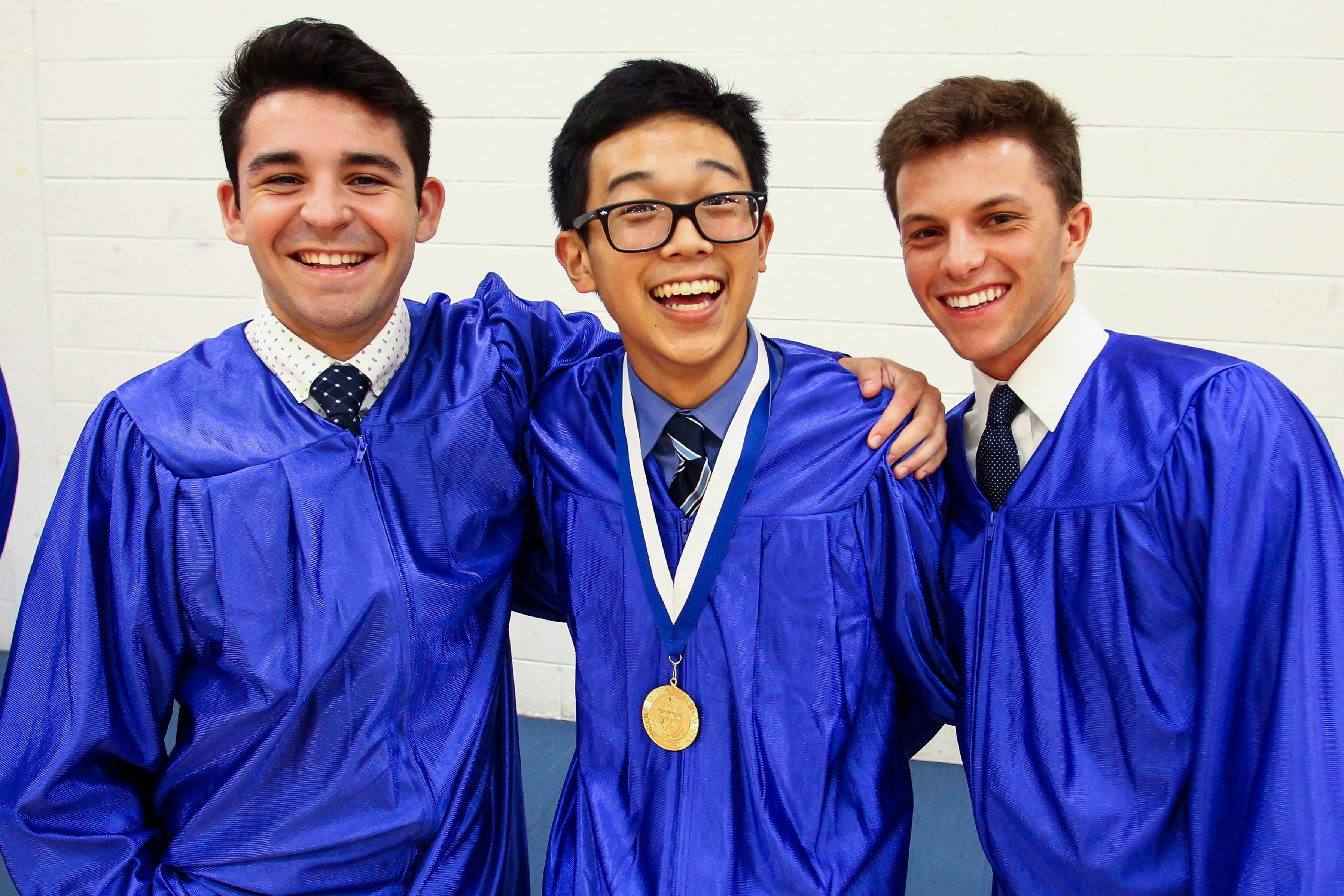 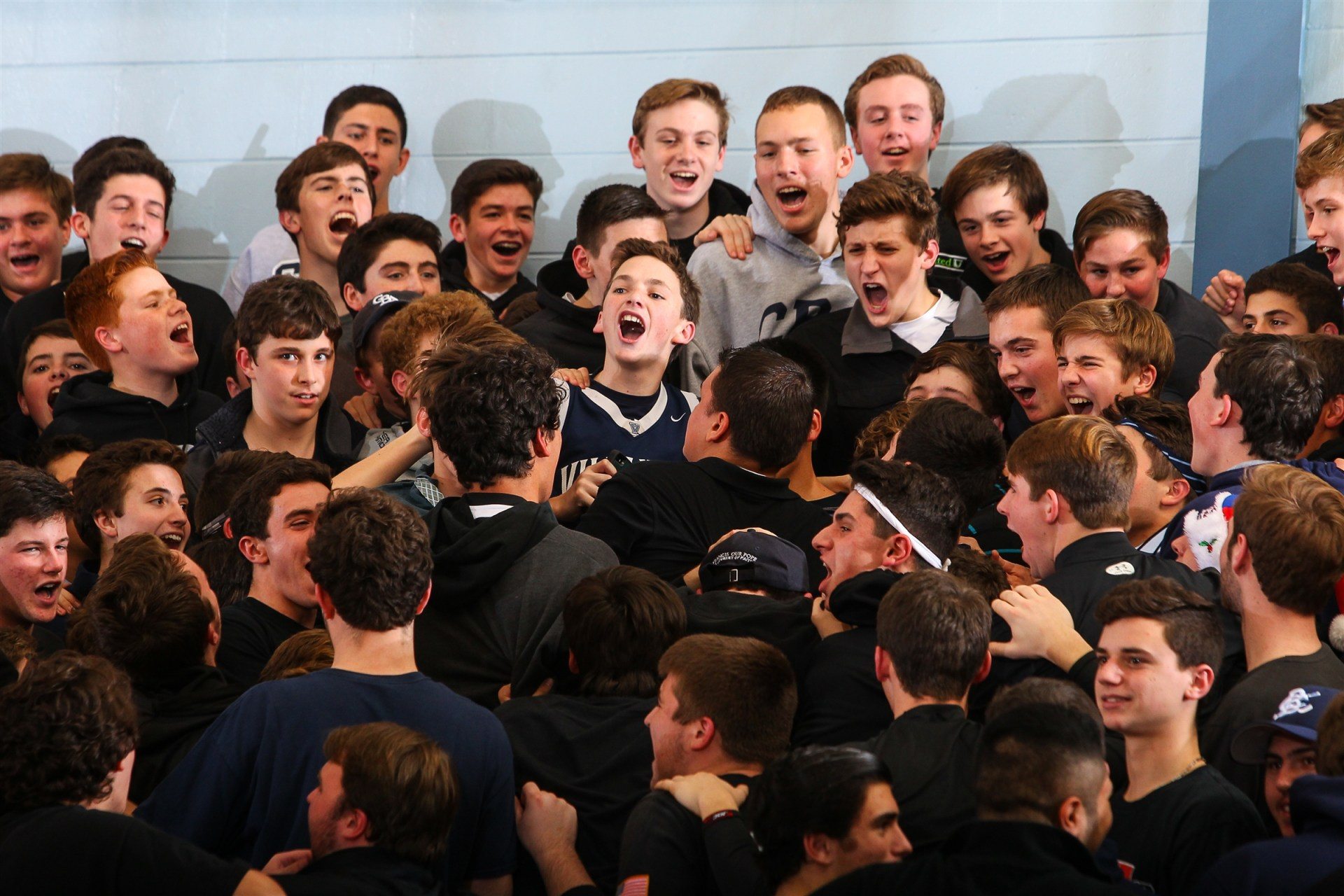 Why Choose an All-Boys Academy?

The men who founded CBA came from a tradition of all-boys prep schools in New York City. They wanted to create a similar experience for young men in the Shore area. Their vision was to establish a college preparatory, non-boarding school that could prepare young men for the next level came to life. That vision was recognized in 1959 when CBA first opened its doors.

While single-sex education has become more an exception than the rule, we at the Academy are convinced that this educational approach makes more sense now than ever. Current research indicates that coeducational classrooms can actually reinforce gender stereotypes, and that many boys are significantly lagging behind girls in terms of high school and college graduation rates.

Single-sex classrooms serve to break down stereotypes. It has been shown that in a single-sex environment, girls are more likely to take classes in math, science, and information technology, while boys are more likely to pursue interests in art, music, drama, and foreign languages. Young men and women at this age have very different needs, learning styles, and approaches to life. A single-sex setting, free of the distraction of social pressures and anxieties, allows boys to stretch themselves, try new things, and make important strides toward a strong and secure manhood.

Here at CBA we hold onto our all-boys tradition not as a nod to the past, but as a way of bringing sense and order to the challenging times in which we live.

Simply put, our students are proud to be Academy men. Such pride comes from knowing they were held to high standards and they worked hard to meet them.

We provide an environment where boys are free to be themselves, without the fear of embarrassment or urge to show off in front of the opposite sex. Every young man here is truly a member of the community. Men of the Academy build relationships that last a lifetime, with classmates as well as with faculty members. The frequent visits to campus by alumni as well as high turnouts at class reunions are telling of the memorable and meaningful experience our students have here.

Likewise, CBA boys have many opportunities to mingle with young women from neighboring schools. With co-ed social activities such as our school dances, movie-date nights in our theatre and tailgates at sporting events, the opportunities to do so are plentiful.

Ask any Academy student, past or present, what he values most about our school, and the answer will likely be the camaraderie.

The inviting community we have at Christian Brothers Academy is truly unlike anything your son will ever experience again in life. Students, faculty, and staff know each other well, celebrate one another’s victories, band together in times of strife, and possess a mutual respect for the diversity of origins that characterize us. Our Academy meets together on many occasions, such as Liturgies and assemblies. This regular, school-wide interaction fosters the sense of brotherhood that all CBA boys feel, and breaks down the sometimes rigid distinctions between older and younger students that can be prevalent at other schools.

Most important, there is a joy in our shared time together. The bonds that tie our community stem from a shared foundation. They permeate into every aspect of being an Academy man; as a student, as a team or club member, as a community volunteer, as a member of the Colt Crazies, and as an individual.