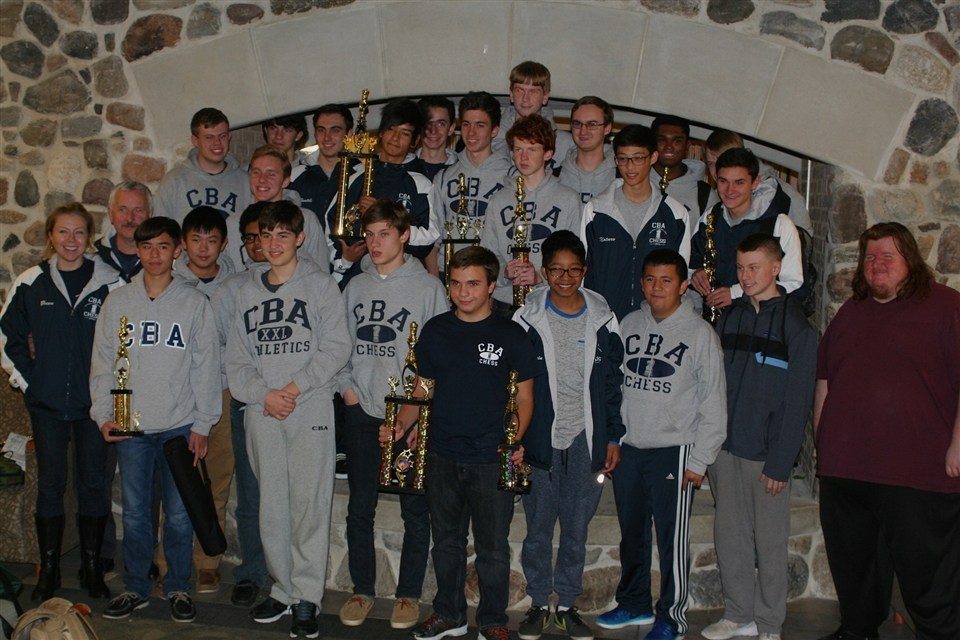 Twenty-four members of CBA’s illustrious squad put their skills to the test at this year’s State Grade Championship.

The Chess Team & Club is one of the most successful student organizations in CBA history. The program is split into two parts, a competitive team and a recreational club, and typically has 25 or more members.
A majority of the competitions for the Chess Team come during the winter and early spring months. The team practices multiple times per week leading up to their competition season, with the veteran players being required to attend at least two practice a week and all tournament competitions.
2015-16 Chess Season Highlights: