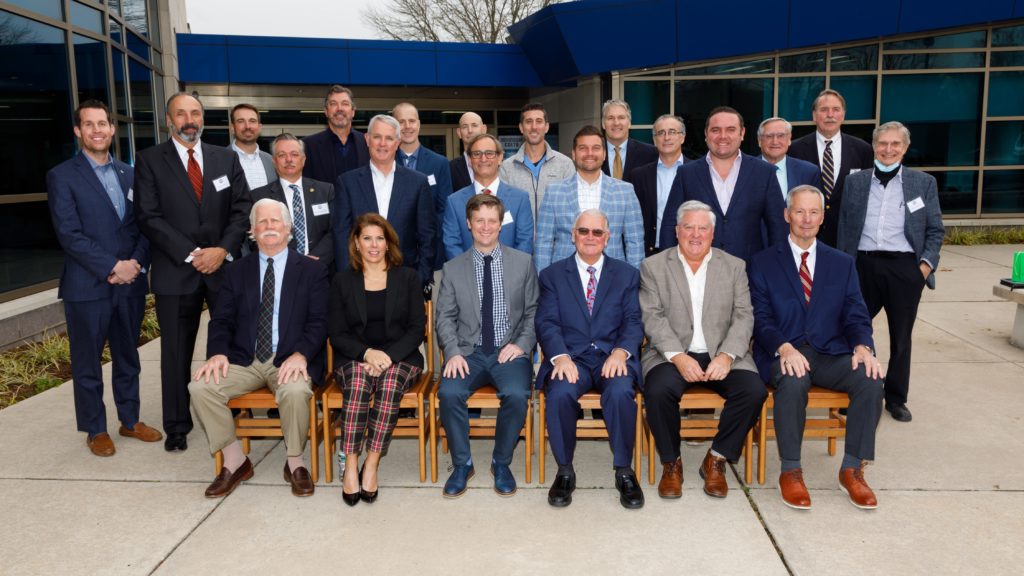 With CBA juniors and seniors are preparing for the college selection process, and ultimately a career path, the CBA Alumni Association hosted the 2021 Career Day on December 8.

Academy men were able to select two different sessions of interest to attend, listening to stories and advice from alumni who have had plenty of success in a variety of fields.

The 25 alumni represented professions such as advertising, business, finance, law enforcement, medicine, journalism and more. The alumni in attendance spanned from the late 1960’s to the early 2000’s.

Soundbites from Our Presenters

“I had a long 45-year career in law enforcement, taking me from the streets of Jersey City to six different jurisdictions in three states where I served as a law enforcement chief executive for 30 years. I worked for mayors, managers, boards, commissions and a governor. All that is to say that, at CBA, I developed a sense of the worthiness of a life of service from the Brothers and the skill sets to prepare me to function effectively in an array of environments and levels of government.” – Edward Flynn ’66

“It seems to me that one of the goals of a values-based, CBA education is to help each student find his pathway toward a meaningful, fulfilling life. The Career Day, which exposes students to a wide variety of professional alternatives, is a great way to start this process. As a parent of two students, I thank CBA for scheduling such opportunities, and it’s a pleasure to participate as a panelist, too.” – Patrick Leahy, P’23 & P’25

“Be the best at what you do and stop at nothing to be what you want to become. What you learn and get at CBA would carry you a lifetime. Get involved in STEAM learning and developing yourselves to be cutting edge leaders for the required change and direction to lead our future generations. And remember- the relationships you are making with your fellow CBA brothers are forever- cultivate that connection, give back to where you came from, and inspire others through your lasting bonds.” – Andre Hewitt ’92

“As a parent, I think it’s important to share your career success stories and struggles. I hope I can offer some insight and inspiration to the graduating students at CBA and help plant some seeds of thought and opportunity along their future path.” – Dara Brown, P’22