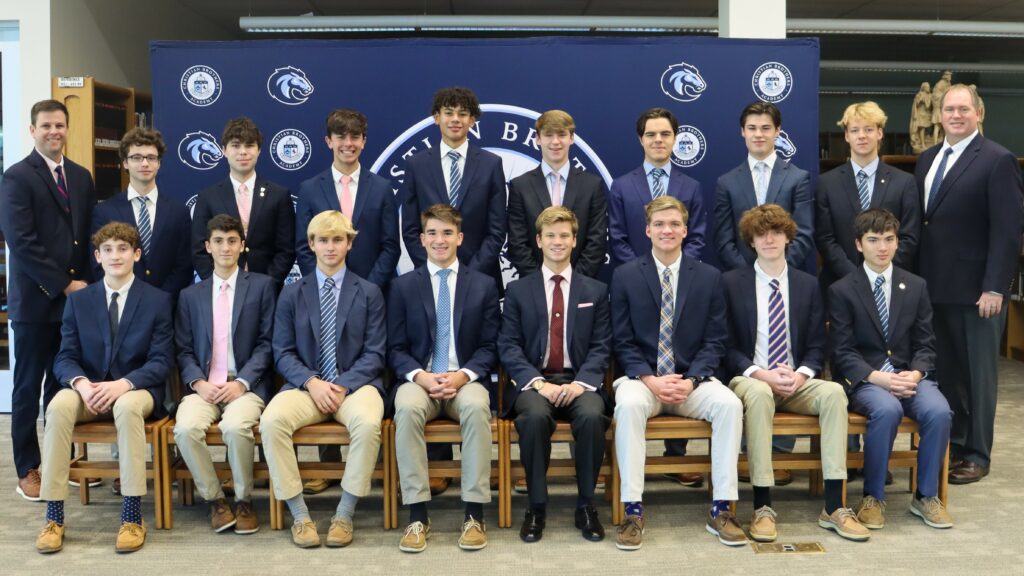 These 17 CBA students were in the top-four percent of all students who took the NMSQT, earning these impressive designations.

“Congratulations to our Class of 2023 National Merit scholars,” Principal Neil Begley ’96 said. “Your accomplishments testify to your hard work and dedication, bringing honor to yourself and to Christian Brothers Academy. Each of you exemplifies what it means to be an Academy man and we are proud of your success.”

Two students qualified as National Merit semifinalists, Thibaut Fabricant and Malcolm Ferguson, which means that their performance on the test was in the top 16,000 of 1.3 million students who took the 2021 PSAT/NMSQT. They will now be eligible to receive one of 7,500 National Merit Scholarships, which will be announced in the spring.

This group of 15 exceptional students recorded within the top 34,000 NMSQT Selection Index scores, which is calculated by doubling the sum of the Reading, Writing and Language, and Math test scores.

“Congratulations to these young men for being recognized for being within the top three to four percent of scorers nationally on the PSAT/NMSQT,” said Director of Guidance Pat Brennan ’07. “Reaching the status of commended student or semifinalist is a worthy accomplishment and a strong indicator of academic excellence. This recognition could lead to National Merit Scholarships or specific scholarships from some colleges. Preparing for the PSAT can pay dividends and help set you apart in the College Admission Process.”

The National Merit Scholarship program began in 1955 with the stated purpose of recognizing and honoring academically students in America. The program’s mission includes both promoting a wider and deeper respect for learning in general and for exceptionally talented individuals in particular and shining a spotlight on brilliant students to encourage their pursuit of academic excellence at all levels of education.