Posted at 09:30h in Campus Ministry, News by Jason Lutz 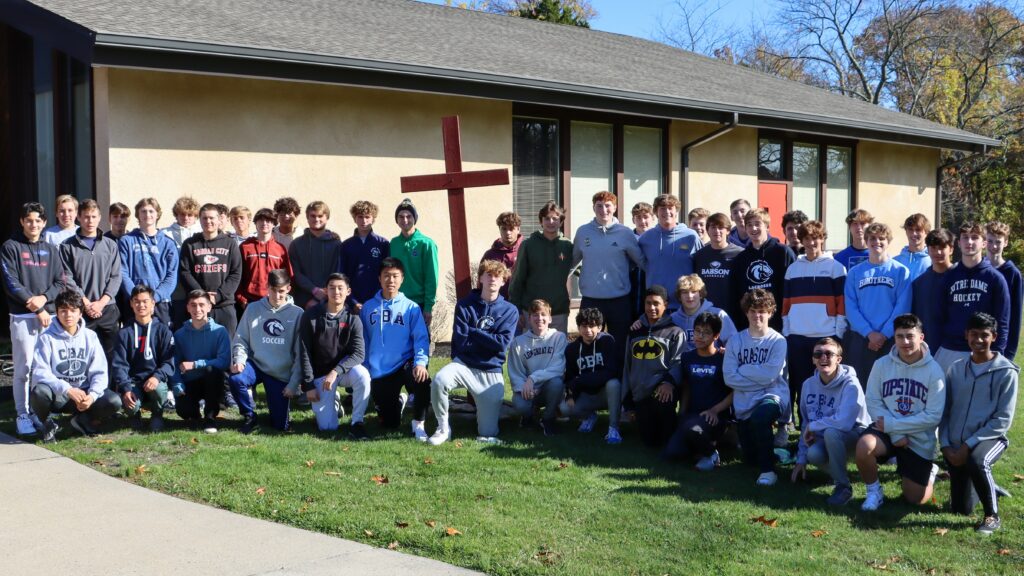 Over the past month, CBA sophomores and juniors have participated in their class retreats, spending time off-campus at St. Anslem’s Parish.

As part of CBA’s mission to develop the whole person, retreats are an integral element of each student’s spiritual development. Here at the Academy, every student is required to participate in a retreat each year. All class level retreats have a different theme, while ultimately using St. La Salle’s other-centeredness as a core principle.

For the sophomores, their theme revolved around being a “virtuous man for others.” Seniors serve as moderators and group leaders for their younger CBA brothers. They are tasked with speaking on certain topics and then encouraging sophomores to discuss the themes.

“He gave me reassurance that I didn’t know I needed,” Carton said in a reflection published by the CBA Digital Network. “When there is a lot going on, I tend to not take a step back and look at the big picture, but with his advice and the confidence he displayed, I was able to look forward to how I could make this year better for myself.”

The junior retreats focused on “developing adult faith and ethics.” The central goal of the retreat is to become more aware of the ways each choice a student makes affects not only them, but those around them. Through reflection, students hopefully gain a clearer picture of their contributions to the world and how they have the potential to reflect God’s love.

Junior Chris Heite thought that his third year retreat would just be a repeat of sophomore year, but his mindset was quickly changed at the beginning of his session.

“The junior retreat was very important to me, as I feel like my classmates and I learned valuable lessons about our faith,” Heite wrote in his reflection. “We also learned about ways we could be better leaders, which is an important factor in becoming upperclassmen.”

Both sophomore and junior retreats serve as an impactful warm-up for the overnight senior retreat, which will begin for the Class of 2023 in early December.