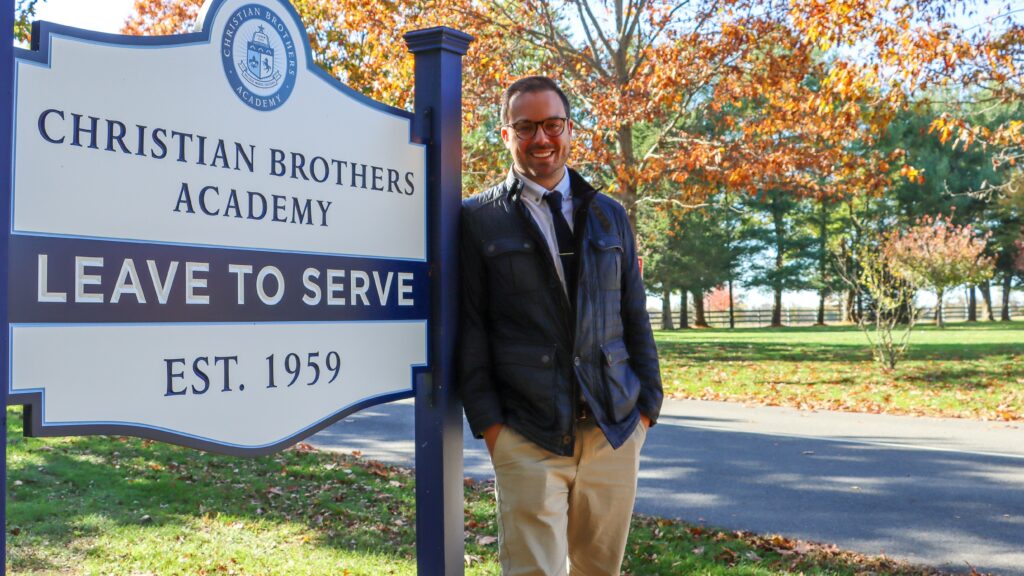 Christian Brothers Academy is pleased to introduce Andrew Stadelberger ’04 as the new Director of Alumni Relations in the Office of Advancement.

The Class of 2004 graduate is tasked with keeping over 11,500 alumni connected with the Academy and organizing alumni-related events throughout the year.

“This is an honor I don’t take lightly,” Stadelberger said. “When you take a minute to think of the men who’ve graduated through the Academy, you’re talking about an impressive and expansive group of today’s business, government & military leaders, athletes, artists and teachers – many of whom shape the world we live in. I’m looking forward to the opportunity to build a bigger, tighter knit, more active alumni base this year.”

He now turns his attention to continuing, and building upon, the well-known camaraderie between CBA graduates.

“I think for many of us, our time at the Academy remains one of the more prominent formative experiences of our lifetime, and one we look back on fondly,” he said. “With enough perspective and life experience, we come to realize how fortunate we were to graduate through the Academy, and how positive a role this school plays in our community.”

While at the Academy, Stadelberger was active in both Student Council, serving as president during his senior year, and Pegasus Production Company, most notably in the performance of Heaven Can Wait. His experiences within CBA’s tight-knit community as a student is something he continues to carry with him today.

“The Colt Crazies showed up to a performance to support the show, and the next week at a basketball game, actual lines from the show were repurposed into chants,” he remembers. “This experience opened up a number of creative opportunities for me which later carried into a career in the creative arts.”

After graduating from CBA, Stadelberger attended Villanova University, earning his degree in communications.