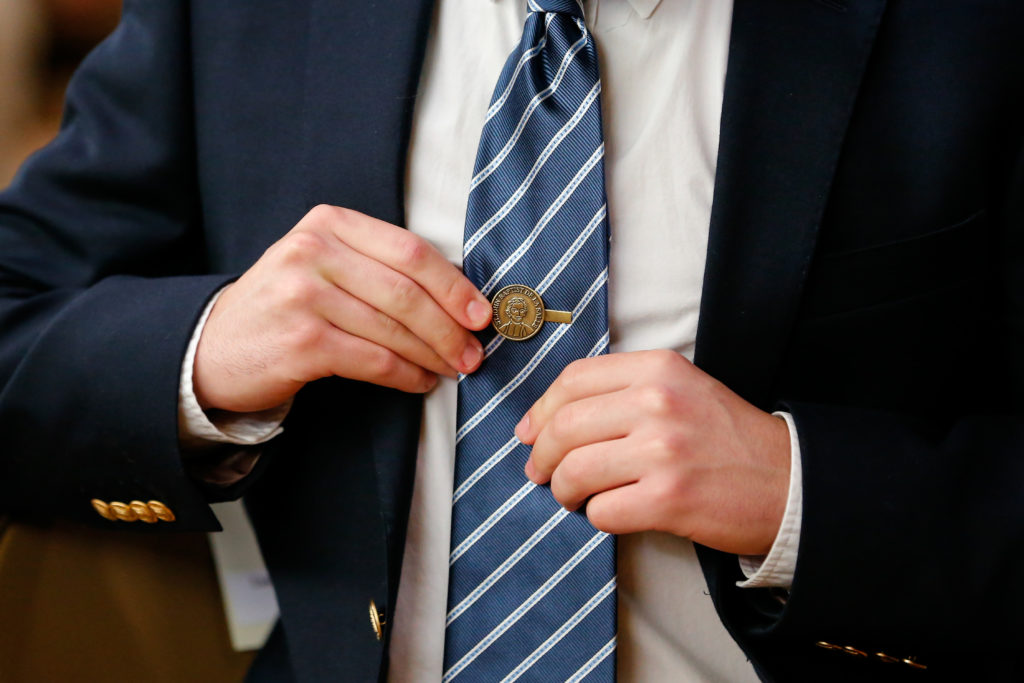 Each fall, the newest junior class gathers for a special ceremony that typically signals the boys’ transition to upperclassmen.

The Class of 2023 participated in the Junior Signum Fidei Ceremony on September 24, which marked the start of a true leadership role at CBA.

The juniors received customized neckties, embroidered with the “Class of 2023.”

Each tie represents a reaffirmation of commitment to completing their journey at Christian Brothers Academy, as “signum fidei” translates to “sign of faith.” As they prepare to become the oldest members of the student body, these young men more deeply understand their role in upholding the mission of CBA and living out the school motto of Religio, Mores, Cultura, which is found on each student’s tie. These 200+ students, who entered as freshmen boys in the fall of 2018, have demonstrated the desire to graduate as Academy men in the spring of 2023.

Throughout the ceremony, Academy men were reminded of their commitment to CBA’s virtues.

The junior class chose Mr. Robert O’Connor as the keynote speaker for the event. O’Connor, a longtime teacher and coach at CBA, spoke about how the unusualness of this school year has made this entire class more resilient and determined. He reminded the juniors that each obstacle over the past two years will help them grow, both as students and young men.

Brother Tim Ahern read a blessing of the ties before Principal Ross Fales presented each junior with his tie.